Our perspective of a situation may be the only thing we can change, but it could be the very thing that makes all the difference!

A group of blind men heard that a strange animal, called an elephant, had been brought to the town, but none of them was aware of its shape and form. Out of curiosity, they said: “We must inspect and know it by touch, of which we are capable”. So, they sought the elephant out. In the case of the first person, whose hand landed on the trunk, said: “This being is like a thick snake”. For another one whose hand reached its ear, it seemed like a kind of fan. As for another person, whose hand was upon its leg, said the elephant is a pillar, like a tree trunk. The blind man who placed his hand upon its side said, “elephant is a wall”. Another who felt its tail described it as a rope. The last felt its tusk, stating the elephant is that which is hard, smooth and like a spear. (Wikipedia)

The parable of the blind men and the elephant can be applied to different areas of life. It shows that sometimes our initial perspective of an object or event doesn’t always provide us with the whole picture. Perspective has a Latin root meaning “look through” or “perceive” (vocabulary.com). It’s our point of view!

Our perception is formed by our experience of what we can taste, hear, smell, see and feel. Our perception can be influenced by heightened emotions, lack of understanding, past experiences, culture, personal values, and beliefs.

By changing our perspective, we can change the way we see ourselves, our past, our current situation, others that we know or those we don’t know. It’s like when we encounter people with stories of great hardship, and we get inspired by how they’ve navigated through such heartbreak or tragedy. Or when someone uses a less than ideal situation to change their own lives and the lives of others for the better. So what is the difference? Could it be one’s perspective?

Our perspective of a situation may be the only thing we can change, but it could be the very thing that makes all the difference!
When it came to the blind men inspecting the elephant, the blind men acknowledged that they had some limitations, and regardless they used what they were capable of doing to understand the unknown better. I wonder what would have happened if they had used each other’s experiences to paint a more excellent picture of the elephant’s different features. What they all experienced was right, but it was only in part. How does this apply to your life? What are some ways you can change your perspective? I would love to hear from you. Until next time C 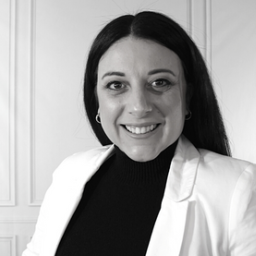